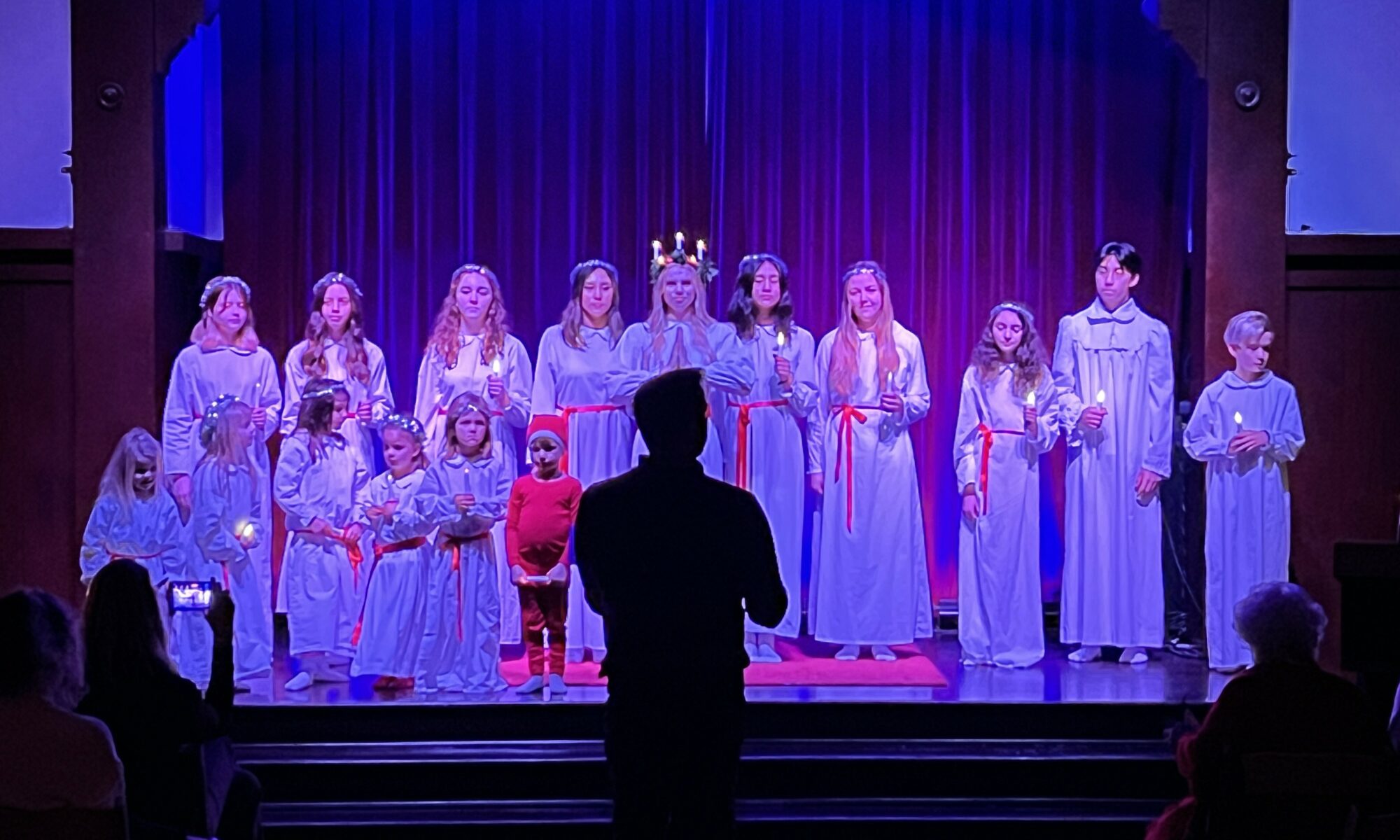 Few things made us happier this year than welcoming back our longstanding Lucia tradition!

Erdmann Rogge and an entire battalion of helpers worked hard to make this event a success, and we are so incredibly thankful for the effort they put in. Many of us like to think we’ve put the pandemic behind us, but as the planning of this event started gearing up, it was obvious that the world has not yet bounced back to pre-pandemic ways. Getting a choir turned out to be an extraordinarily tricky challenge, as key musicians and leaders were no longer available. In the end, Erde and his team managed to score not just one, but two choirs for us!

For those of us who grew up with the Lucia tradition, no matter where you are in the world (even in the tropics), seeing the light crown and hearing the first few notes of the Lucia song is like flicking a “holiday spirit” switch. Although it is not an ancient tradition in Scandinavia, where the original 4th century legend about the Sicilian saint Santa Lucia has merged with Nordic folklore, but is so deeply rooted in our backbone.

The Lucia event drew in both old and new members, and we were especially happy to see our old (for real!) friend, and life-time honorary member, Lisa Wiborg return. Lisa has been with the club since the start, almost 75 years ago, and it was wonderful to see the joy on people’s faces when they discovered her again sitting in the front row, dressed in her Swedish “folkdräkt”. She has been missed during the past few years!

As has been tradition for MANY years now, Lisa presented the Lucia with a pearl necklace.

Santa also made an appearance! Nobody saw him take notes of what the children told him they want for Christmas, so he’d better not get them mixed up!

And thanks to all Santa’s elves, we had glögg, saffron buns, kringler and gingerbread cookies to enjoy during the performances.